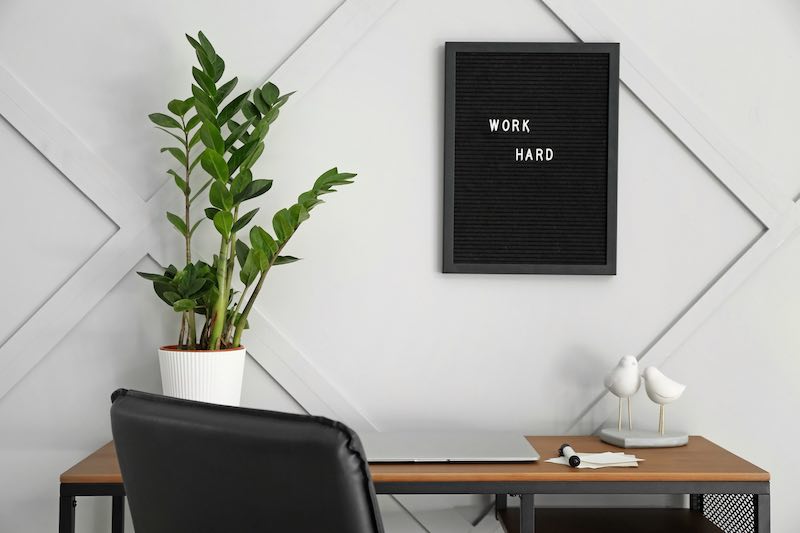 Top 10 Benefits Of Plants In The Office

Here is one very hard to believe: according to the U.S. Environmental Protection Agency (EPA), the average American spends over 90% of their lives indoors.

A good portion of that, whether in a brick and mortar building or at home, is spent working.

That is an enormous amount of time spent inside. Knowing that 90% of your life will be within four walls, it is wise to consider what that looks like and how to maximize the positive impact that indoor time will have on you.

In the late 1980s, the National Aeronautics and Space Administration (NASA) did a study on indoor air quality.

The purpose of the study was to look for a way of providing purer and cleaner air for space stations.

Through this study, NASA found that houseplants can help. Plants filter out some of the harmful compounds in the air and make the air healthier to breathe. Plants can also help to filter pollutants like formaldehyde and benzene.

These smart plants help clear the air by taking in carbon dioxide and releasing oxygen. The microbes in potting soil break down toxins in the air.  And they look good while doing so!

Now that an agency able to put a man on the moon has established that there are benefits to plants in the office let’s look at those benefits.

Whether your office is firmly on the ground or circling the earth, plants can improve your quality of life.

How exactly can plants help you?

The foliage on your desk can have a positive psychological effect by lifting your mood, which, in turn, will reduce stress.

Anyone who works for a living knows that stress is a major component in their workday.

I know, from experience, that your greenery will keep any secret you care to impart, is without judgment and always sides with you against the unrealistic expectations of the office. That, in itself, is a stress reducer.

In a paper published in 2014, researchers found that enriching a ‘lean’ office with plants could increase productivity by 15%. In this case, a lean office would be one that had minimal accouterments.

The research was conducted in two large commercial offices, one located in the U.K., the other in the Netherlands. Productivity levels were monitored over a period of several months.

Cardiff University’s School of Psychology lead researcher, Marlon Nieuwenhuis, said: “Our research suggests that investing in landscaping the office with plants will pay off through an increase in office workers’ quality of life and productivity.”

According to research done by Wageningen University, one of the benefits of plants in the office is that people who work in an office with plants call in sick 20% less often than those that work without plants present.

That averages out to about 1.6 fewer sick days per employee per year.  If that employee is you, then it matters even more.

Sound waves reflect off surfaces and then back toward the source.  Concrete walls and hardwood floors are examples of surfaces that bounce the sound back to you.

When sound waves encounter flexible materials, like carpet, the waves are changed, and sound is absorbed.

So too, the various parts of a plant, stems, leaves, branches, and wood, absorb sound.  Rough bark and thick leaves are especially good at doing so.

Many items in your workplace impact air quality.  Building materials, cleaning products, upholstery, and other furnishings play a part.

Proper ventilation, or lack of, also plays a role in how clean the air you breathe during your 90% indoor time is.

Some studies suggest that plants can also help bring down instances of colds and coughs. One of the reasons why the research suggests is that during photosynthesis, plants absorb carbon dioxide and release oxygen.

We water our plants, as is essential, but in actuality, only a small amount of the water taken up by the roots is used for growth and metabolism. The rest, about 97%, is expelled by the leaves of the plant.

This expelled water evaporates, making the transpiration process act like a humidifier. This can aid in an area that has dry air, making breathing easier, eyes less dry, and throats less scratchy.

7. PLANTS CAN BOOST YOUR CREATIVITY.

Really? This benefit seemed to be stretching a good thing a bit far and putting too great a burden on our foliage friends. However, in 2003, there was a study conducted over eight months by Robert Ulrich from Texas A&M University.

In the study, participants performed a series of problem-solving tasks.  These tasks were done in three common office settings. One with plants, one with abstract sculptures, and the third set had no embellishments.

The participants who were situated in offices with plants were able to generate ideas, solve problems, and work more creatively. Those in the plant-filled offices did so at a 15% higher rate than their counterparts in the study.

If you had a hard time believing it, as I did, the study was released by the Society of American Florists (SAF).  A summary of the study’s results and methodology can be found at www.aboutflowers.com.

Surveys show that an office with well-placed plants gives clients an impression of welcome and stability. An office that has added greenery has the bonus of a higher retention rate of employees, as the foliage improves the aesthetic of offices.

When clients or potential applicants visit the office space, plants help to create a favorable impression. As we have learned in the first seven benefits of plants in the office, there are real advantages produced by these plants.

Employees reflect these advantages in their positive attitudes and interactions with clients and applicants.

Exterior landscaping increases the attraction of a space, and plants can do the same indoors. Plants provide a more relaxing environment for employees and present a warm atmosphere for customers.

Clients and employees typically perceive a building with interior landscaping as relaxing, making it a welcoming space to do business.

Sounds like something you would need an antibiotic for, or is illegal, right?  It is neither. Where a phobia is an aversion or fear, philias are attractions and positive feelings.

Biophilia is the love of life or living systems. The Biophilia Hypothesis (BET) theorizes that people have an innate tendency to seek out connections with nature.  Aristotle also put forward a concept that could be summarized as “love of life.”

This hypothesis can help to explain why we keep plants and flowers in and around our homes and personal spaces.

It suggests that our natural love for life helps to sustain life. The plant on the desk in your office satisfies this innate connection to nature.

10. PLANTS CAN HELP YOU GET TO KNOW YOUR COWORKERS.

Here is another “personal experience” experience.  At a previous job, all employees were in cubicles. Although the office had an open floor plan, the individual cubicles tended to shut workers off from each other.

Upon hiring, you were given a small potted plant with your name on the pot.  The plant was kept in a wire rack that overhung the side of the cubicle.  But…it was a traveling plant!

Each week at the “stand up” meeting, which recounted upcoming events and goals, you brought your plant buddy along. And each week, your buddy was passed to the person on your right.

That person was responsible for looking after your green friend until the next week.  And they had another task.

In the pot, there was a stake that held a large notecard.  Before the next meeting, through conversation with you, your plant sitter had to find out one thing about you that others might not know, and write that on the notecard that was staked in the pot.

That tidbit was recounted at each meeting and often provoked laughter and amazement. We learned that one coworker did not walk until she was over two years old. As the only girl among five boys, she was carried everywhere.

Another, seemingly law-abiding coworker, used to catch fish in a nearby creek and go with friends to throw them off expressway overpasses. Don’t ask why.  He couldn’t explain either.

One of the most interesting things about the whole process was that people would “check-up” on their plant buddy during the week. They wanted to make sure they were being watered and cared for.

Not only did we learn exciting facts about our coworkers, but we were also making short visits to each other’s cubicles to check in with our green buddies, and making connections with our coworkers in the process.

It brought a sense of unity and camaraderie as we discovered mutual interests and talking points courtesy of our green buddies.

We have a lot of heavyweights weighing in on the benefits of plants in the office.  From NASA, the Cardiff University, Wageningen University, BET, SAF, Texas A&M University, and me, the results are persuasive.

There are numerous important benefits for adding plants to the space in which you spend the majority of your time. The benefits of plants in the office are well worth experiencing for yourself. 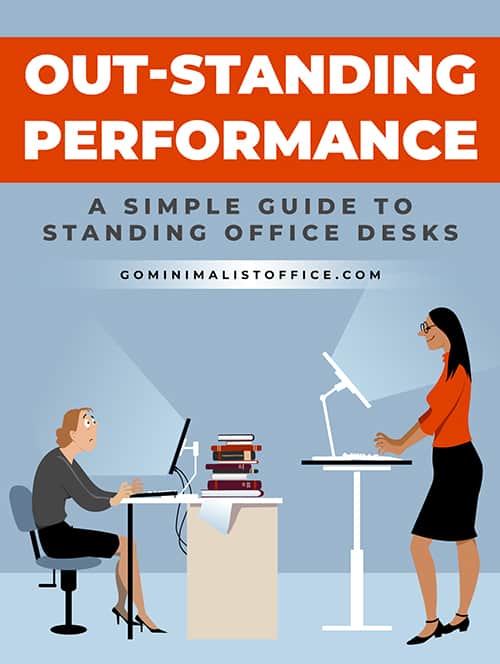 Discover the World of Standing Desks
with Our FREE Guide!


We will never send you spam. By signing up for this you agree with our privacy policy and to receive regular updates via email in regards to industry news and promotions.